The Intersection of Dementia and Firearms 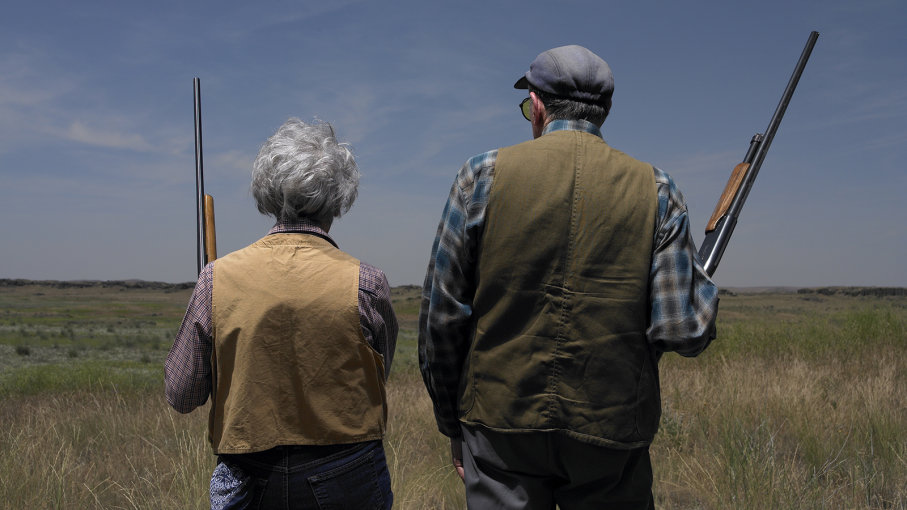 Did you know that gun ownership is highest among our elderly population? Did you also know that the incidence of dementia is also highest among our elderly population? It’s not clear exactly how many people with dementia have access to firearms. But based on an AARP study conducted in the late 1990s and more recent data about gun ownership among people 65 and older, they estimated that 40 to 60 percent of dementia patients have guns in their households. Since those are national numbers, not Southern statistics, it is reasonable to assume that the actual number of dementia patients with access to guns here in Alabama is much higher than 60%.

Anytime gun ownership is discussed in this country, emotions can run high. This is not a 2nd amendment article though.  I am neither for nor against the ownership of firearms by private citizens. The purpose of this article is to face the facts about the dangers of guns being available to people who are diagnosed with a disease that will rob them of knowing who their loved ones are.

There are 3 basic dangers associated with gun ownership and people with dementia. The first is the risk of suicide. Having a firearm handy just makes suicide that much easier. “The primary firearm injury risk for individuals with dementia is likely to be death by suicide,” said Emmy Betz, an associate professor of emergency medicine at the Colorado University School of Medicine. “Some 91 percent of older adults’ firearm deaths are due to suicide, and firearms are the most common method of suicide among people with dementia.”

The second is the threat guns pose to caregivers, whether family or paid caregivers. “People with dementia can experience hallucinations, delusions, agitation or aggression. If a person is delusional and believes people are breaking into their home, they may feel caregivers and family members are intruders and confront them with a gun.” “For Alzheimer’s disease and other dementias, there are limited treatments and no cure. About one-third of people with the disease become combative during the course of their illness, according to the Alzheimer’s Association. And more than 20 percent who develop dementia become violent toward their caretakers, a 2014 study showed.” When a gun is present, it makes the risk of injury and death that much more real.

The third danger associated with having guns present in the home of a person with dementia is the threat posed to outsiders such as ambulance staff, UPS, FedEx drivers, firemen and police officers. Family members will often tell me that they unloaded all of the firearms and removed all the ammo from the home, so their dad still has his guns but they are unloaded. This is not enough. If the police are called to the home because there is a person standing on the porch brandishing a firearm, they will not ask whether the gun is loaded or not. They assume all firearms are loaded. He is trained to shoot first. While this may be your dad’s preferred way to go, it is not fair to the police officer. He will have to live with it.

So what can you do?

The only smart this to do is to remove all the firearms from the home, regardless of what your father wants. You would have no problem taking away the keys to his car. The trick for you is to FIND all the guns in the house! You may think you know where they all are. I can assure you that you don’t. No one owns only one gun!

Your father bought those guns to protect his family. The best way those guns can protect you now is to be out of the house and out of his control. He loves you now and knows who you are. No one will be able to predict when that will change. This is a situation where you simply cannot afford to gamble. Your life, your children’s lives and others who you do not know are all on the line here.

There are no laws in place that prohibit the ownership of a firearm by a person with dementia. The laws that are in place that limit the sale of firearms often use terms like “mentally-defective” rather than medical terms, so they are subjective in the eyes of the seller. The problem is going to get worse, a lot worse, before it gets better. If we want to avoid becoming a statistic, the best way to do so is to make the tough decision.