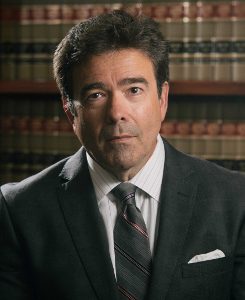 Bill is a 1981 graduate of the Cumberland School of Law. During his 36 years of being a member of the Bar, Bill has worked with families in a variety of roles. His first job out of law school was as a Petroleum Landman in Wyoming. In that job he researched title to determine mineral rights and then contacted the owners to secure oil and gas leases. It was a fantastic first job but when it was still snowing in April, Alabama called so he came home and began the private practice of law in the City Federal Building downtown. He practiced law as a generalist, meaning he handled basically whatever came through the door. He was mercifully hired away by Central Bank of the South in 1985, where he quickly became an expert in structuring and closing SBA loans for local businesses. He worked at SouthTrust Bank and later AmSouth Bank in similar roles and left banking for good in 1995 to again practice law in a private capacity.

Bill was hired away again by Birmingham-Southern College in 1997 to become their Director of Planned Giving. In this role he worked with senior alumni and their estate-planners to craft charitable plans that benefitted both the college and the family. This is where he honed his skills in estate planning and also developed a keen interest in working with seniors.

In 2000 the Episcopal Church Foundation in New York hired Bill away from BSC, so Bill began to travel extensively, speaking at churches, schools, camps/conference centers and church retirement homes about the how and why of creating endowment gifts as an individual and how to manage those gifts as an institution. In this capacity he worked with seniors throughout the eastern part of the US, primarily in Florida but as far north as DC, to help them create estate plans that provided some future benefit to their church. He was often called upon to explain the details to the family’s attorney and CPA! Among other things he learned how to communicate complex concepts in a clear and easy to understand manner. He learned that if you can’t explain it, you don’t understand it well enough!

In early 2006 Bill re-entered the private practice of law, this time under the trade name of “Nolan Elder Law, LLC”. His focus was on seniors- helping them plan now for whatever might lie ahead. In this capacity he worked with seniors who were wealthy and seniors who were of only modest means. It didn’t matter how much or how little they had. What mattered was that they needed help and often didn’t even realize it. The adage “we don’t know what we don’t know” applies especially to elder law. Many seniors thought that everything would just take care of itself. They didn’t understand the details of Medicaid eligibility, Social Security, probate or Veteran’s benefits. Many seniors are from a generation where you trusted others. They didn’t anticipate elder financial abuse or internet scammers or even their own family trying to steal from them. Helping families minimize or eliminate their exposure to these and other threats became his goal. Providing his clients with peace of mind is his continuing mission.

In 2012 Bill took in a partner and the firm name changed its name for four years. In early 2016, Bill chose to part company and direct his efforts once again under the name of “Nolan Elder Law and Estate Planning, LLC”. His focus is still elder law, estate planning and the probate of the estates of those who have died. These areas of the law include wills and trusts, powers of attorney, healthcare directives, HIPAA waivers, Medicaid planning and Medicaid applications, Veteran’s benefits consulting and VA claims, Conservatorships and Guardianships, and helping executors and administrators understand the rules of probate. He does not provide any of the services that lawyers on TV or billboards provide.

Over the years he has served in a variety of roles for the State and local bar associations. Some of those roles include:

He also served for a number of years as the chair of the Jefferson County Area Council on Aging, the nonprofit that provides Meals on Wheels to those in need. Bill has also been recognized as a “Top Lawyer in Elder Law” by Birmingham Magazine for five years in a row.

Bill has also been chosen for seven years in a row as a “Top Lawyer in Elder Law” by Birmingham Magazine.

He is published as an author. HR Alabama is a magazine for the human resources professional community. His article “Caregiving Education- an Expense or an Investment?” was published in the May, 2013 edition. His cover story “The VA Benefit Known as Aid and Attendance” was published in the November, 2013 issue of The Alabama Lawyer. He is also a frequent blogger and has had many articles published via LinkedIn, where he has over 3,000 connections.

In what little spare time he has, Bill and his wife, Frances (who is a famous divorce lawyer) aspire to travel as much as possible.