My Mom is acting CRAZY! What Can I do?? 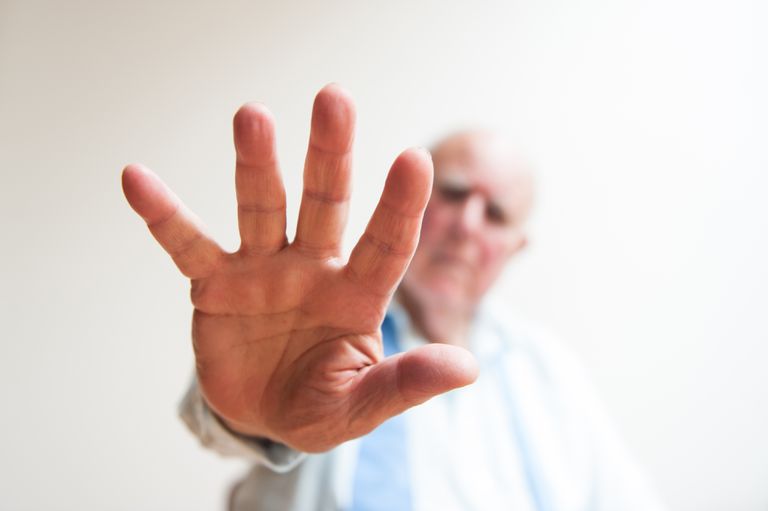 Imagine this scenario: Your mother, who is 80 years old and a widow, has suddenly started spending money recklessly. She is paranoid of you and your efforts to rein in her behavior. She is not taking the medicine that her doctor has prescribed or she won’t go to the doctor at all.  She is, in short, behaving in ways that are not consistent with who she is.

What, if anything, can you do?

This is an all-too common situation and it seems to be getting worse. For whatever reasons, more and more seniors are becoming reckless with their life savings and their adult children are right to worry.

This is not a question of preserving an inheritance as some cynics might say. When a thrifty, responsible adult begins to act in ways that are inconsistent with decades of behavior, adult children are right to worry. Elder financial abuse is rampant and there are plenty of thieves out there looking for willing victims. What can the family do to protect their loved ones without creating WWIII?

Guardianship and/or Conservatorship– This is a Court-ordered appointment that requires a hearing, which means that it takes time and costs money. In Jefferson and Shelby counties, there is normally about a one-month delay between filing the petition to begin the process and the hearing to make the determination. The 50-year-old daughter would be the Petitioner and she would allege in the petition that her mother was acting recklessly by giving examples and would need to show the Court that her mother had been diagnosed with some condition such as dementia that impedes her ability to be rational. Something signed by an MD is required here. The Court would appoint a Guardian ad Litem, usually another lawyer, to meet her and you and prepare a report which would be submitted to the Judge. The mother would be free to do whatever she might want to do until the hearing date. Once the Judge decides that a Guardianship and Conservatorship is necessary, your mother loses all control over her income, assets and decision-making. The Court is always very careful to come to this conclusion though, so having an air-tight case is critical to success. If there is another person serving as Agent under a Power of Attorney who is not on-board with the Guardianship/Conservatorship, the Power of Attorney can be voided at this time.

Involuntary Commitment– This is a process where the 50-year-old daughter asks the Court to commit a loved one to a mental health facility to determine what exactly is wrong with the loved one. It is free and doesn’t cost anything, but it requires a higher threshold to begin. For example, before the daughter can file a complaint, she must be able to allege that her mother is doing something that is placing herself or someone else in grave danger. Normally a prior report to the police or DHR is helpful. If the social workers at the courthouse accept your complaint, they will send the Sheriff’s deputies to her home and escort her to the local mental health facility. She will be held there for a week or more and the psychiatrist will evaluate her behavior and make a diagnosis. A hearing will then be held where the Judge makes a decision as to whether she needs to be held longer. The daughter would have to attend that hearing and give her reasons why she is concerned about her mother’s safety and well-being. This hearing does not give the daughter any rights over her mother though. It merely gets her mother the treatment she needs, after which time she will be released to come home again. It is doubtful that the relationship between mother and daughter will ever be the same after this though, so that has to be taken under consideration.

Elder Abuse Protection Order– This is a new action here in Alabama. If there is someone else, a “new friend” or a family member with bad intentions who is taking advantage of your mother, you can file for a protection order with the Court. The statute clearly says there is no filing fee but, in our experience, the clerk’s office hasn’t received that memo yet, so they will often try to charge a fee to simply file the petition for the order. There will also be a delay between filing and getting the order from the judge. Jefferson County doesn’t seem to know which court has jurisdiction either. The statute says Circuit Court but they will bounce these hearings to Family Court. However, even with these negatives, often merely serving a person with an order to appear in court to defend themselves makes them vanish, so this might be the best and easiest option if there is someone else making things worse for you.

Adult Protective Services– Sometimes referred to as “DHR”, this is the branch of government that investigates offenses against the elderly. They will make a house visit to investigate allegations ranging from neglect to abuse and have the authority to remove a person from a dangerous environment and to take action as necessary to protect an older person. Sometimes just filing a complaint will motivate your loved one to change some habit or behavior. At the very least though, you have a documented report about the incident or activity that can be relied on later if needed. Every county has a DHR office and our experience has been that they are very dedicated to what they do. Many are Social Workers and are not easily fooled by a person, whether the senior or a caregiver.

None of these options will make your mother well though. Whatever is going on with her will be your new normal. Don’t minimize or deny that she is dealing with a new set of challenges because delaying action will only make your life more miserable. For example, assume she begins to give away money and spends her money irresponsibly. She later must go into a nursing-home and apply for Medicaid to cover her care. Medicaid asks about all the money that can’t be accounted for and they deny her Medicaid benefits as a result. Are you prepared to pay $8,000 every month for her care? If not, then you may need to take more decisive action than you originally though!

Call us if we can discuss these (or other senior care) issues with you. We do not charge a consultation fee!